The recent regime change in Illinois politics brought about significant policy reform in the past few months, and UCAN has been there every step of the way.

On the state level, UCAN continues to strengthen relationships with elected officials. Rep. Sara Feigenholtz, Sen. Heather Steans, Department of Children and Family Services’ executives and the Department of Commerce and Economic Development, are just some of those who witnessed and supported efforts spearheaded by UCAN’s CEO/President Zack Schrantz and Vice President of External Affairs Claude Robinson who represented UCAN’s interests and positions. Here are some highlights: 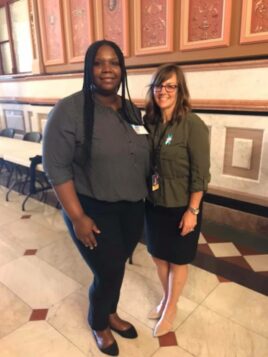 We’ve also seen significant success in our partnerships at the city level:

If you’d like to learn more about how to advocate for youth in care, sign up here to receive more information and updates.